Susumu is also the official mascot of the Mr. Driller series, being one of Namco's collective mascots. He is voiced by Mitsuko Horie, who also provides voices for Anna Hottenmeyer and Puchi.

He is Japanese, with brown hair and dark brown eyes. He is usually seen in his drill suit and helmet. The helmet and arms of the suit are pink, while body and legs are blue, with a pink traingle pattern at the chest. His casual clothes consist of a pink long-sleeved shirt with a white heart pattern on the front, and blue jeans.

He is the middle son to Taizo Hori, the protagonist of the Dig Dug series, and Toby Masuyo, the main protagonist of the Baraduke series. Susumu is the world's highest ranked Driller, given the title "Mr Driller", and is also a member of the Star Trigon Team. Susumu is a very courageous young boy, and very kind and sweet. Though, he can be a bit careless and an airhead. He lives in a pink house shaped like a Pooka with his dog roomate Puchi in Edogawa, Tokyo. Susumu is the 2nd youngest character in the series, along side with Taiyo and Puchi. Susumu is slightly younger than Anna by 2 months.

Mr. Driller was released by Namco in 1999. Susumu's original appearance was a bit smaller than what he looks like in recent games ((Looking more like a "Chibi")) and also had little feet simillar to that of Kirby's.

In Mr. Driller 2 Susumu was made a teenager. He was slightly redesigned and was made taller and given legs. His voice was also a bit higher as well.

Susumu looks similar to that of before but slightly more taller and has sharper edges around his artwork.

Susumu was supposed to save Edogawa from the colored blocks. After getting to bedrock, Susumu then argues with the undergrounders about their blocks and how they must stop them.

It starts out with Susumu and Puchi in peace, until Jim Brown breaks onto the news with more block outbreaks.

Susumu's style of gameplay is not altered in any way, thus making him an all-around character with no gimmicks or real disadvantages. He has average movement speed, drill speed, and air consumption.

Susumu has the second lowest air consumption rate of all the characters to be playable. He starts each level moving faster than most characters, but his maximum top speed (without the aid of any pickups) is the slowest. 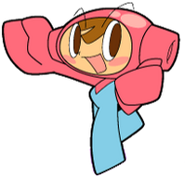 As he appears in Dig Dug DS intro 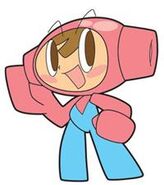 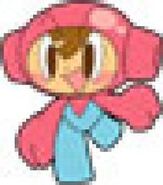 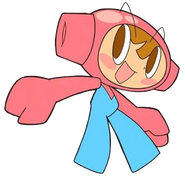 Susumu and Klonoa mascot costumes
Add a photo to this gallery

Retrieved from "https://mrdriller.fandom.com/wiki/Susumu_Hori?oldid=6154"
Community content is available under CC-BY-SA unless otherwise noted.